Board to discuss vacancy at its Nov. 16 meeting 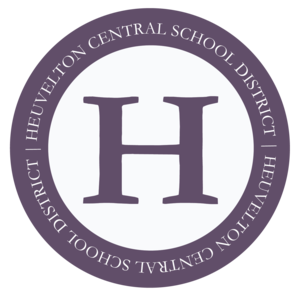 Board will consider proposal to fill vacancy by appointment

At its Wednesday, Nov. 16, meeting, the Heuvelton Board of Education will consider a proposal to appoint retired board member Michael Davis to fill a board seat vacated by member Nicholas Montroy. Mr. Montroy resigned from the board for personal reasons in June. If appointed, Davis would serve until the May 2023 election.

According to board policy and New York State Public Officers Law, a school board may fill an unexpected vacancy by appointment or special election, or the seat may be left vacant. If this obligation is not met, the St. Lawrence-Lewis BOCES District Superintendent is authorized to fill the vacancy for the district.

Board President Andrew Martin said that appointing Davis to fill the vacancy will provide continuity on the board.

“Mike’s extensive experience and institutional knowledge of Heuvelton Central School will provide stability on the board through the end of the school year,” said Martin. “His knowledge of public education and understanding of the role of a board member makes this a practical choice for the continuity of board business.”

If his appointment is approved, Davis would take office immediately and the term would run until the next regularly scheduled school board election on May 16, 2023. There will be two seats up for election in May 2023: a five-year term (the seat currently held by Barbara Knauf) and a one-year term to fulfill the remainder of Mr. Montroy’s term, which ends June 30, 2024. The candidate with the highest number of votes in May would assume a five-year seat up for election. The second highest vote-getter would assume the remainder of Mr. Montroy’s term.

Residents will have an opportunity to express their thoughts on this proposal during the public comment period at the beginning of the meeting, and the board will discuss the issue among themselves in public session prior to a vote. The board meets at 7 p.m.